Journey to the USA and I Am Here to Stay

We, Kharisma and Popnicute, have moved to the US of A!

In order to marry my beloved fiance, I have to move to the USA. How great is that? :) That's why in the last few weeks Popnicute hasn't had any new items yet. I've been busy preparing my move, packing, and make sure I had everything i needed. I had a very long flight from indonesia to USA with three stops and in total 37 exciting hours. My parents, grandma, and sister sent me off at the airport.


SINGAPORE - Changi International Airport
Loved singapore’s airport! I'm glad I followed my aunt's suggestion to take the flight that stops in Singapore. Great, shiny, and big! Super clean even though you don’t see any janitors around. it’s so huge and almost like a mall inside an airport! Scrap that... It's like three different malls within three terminals in an airport. I called a friend in singapore for an hour or so FOR FREE. Internet was free too but has time limit of 15 minutes each section and doesn’t have tabbed browsing system. It was overall a pleasant experience. i’m most impressed by Singapore’s airport! It even had computerized foot massagers lining up in front of each gate if not every other gate. Free computers with internet are abundance and easy to find. There are sleeping area for transit passangers, fun wall games, food court, water fauntain which water tasted good. Fantastic! It didn’t feel at all that long the whole 9 hours waiting in it. I had fun strolling around the "malls". 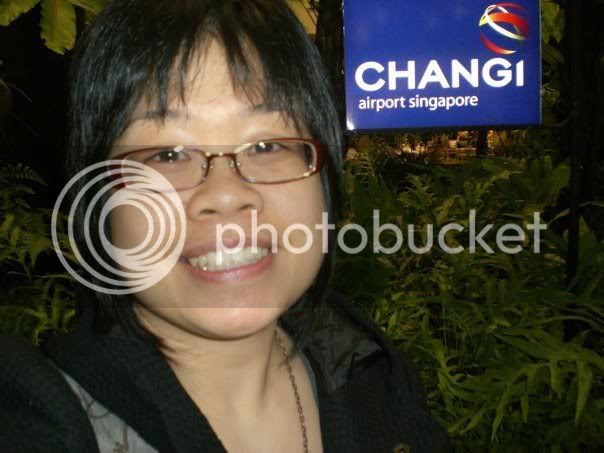 The inside of Singapore's mall airport. 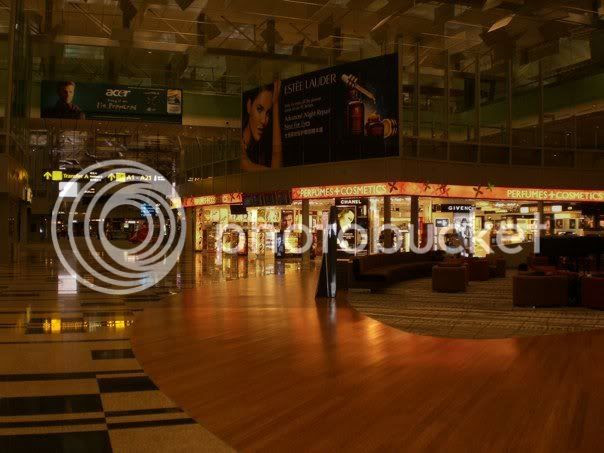 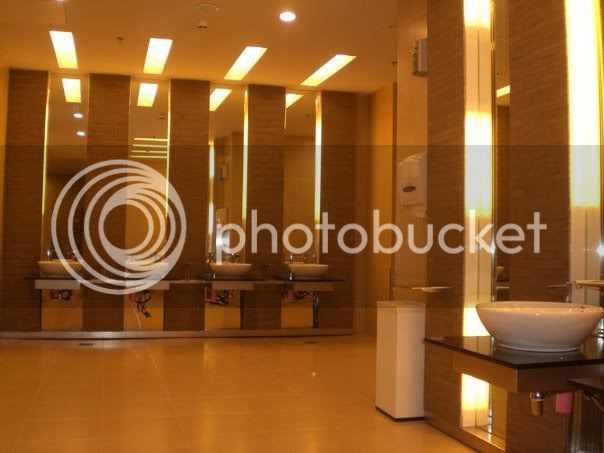 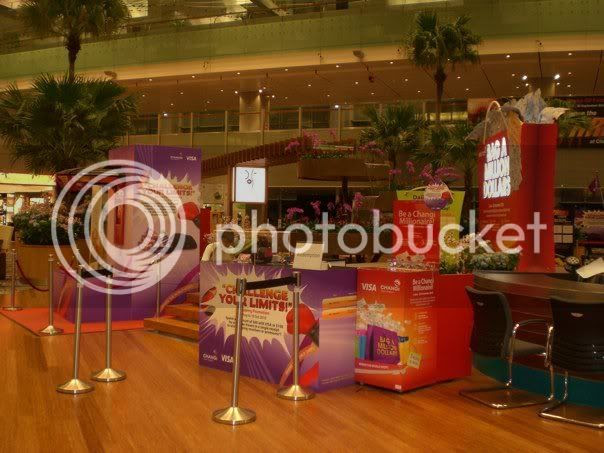 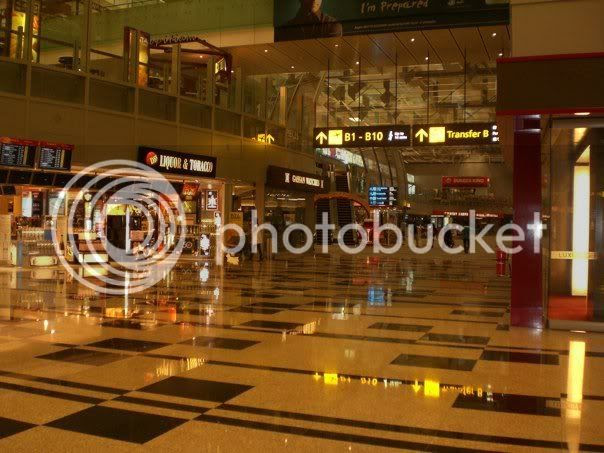 Skytrain that takes your from terminal to terminal 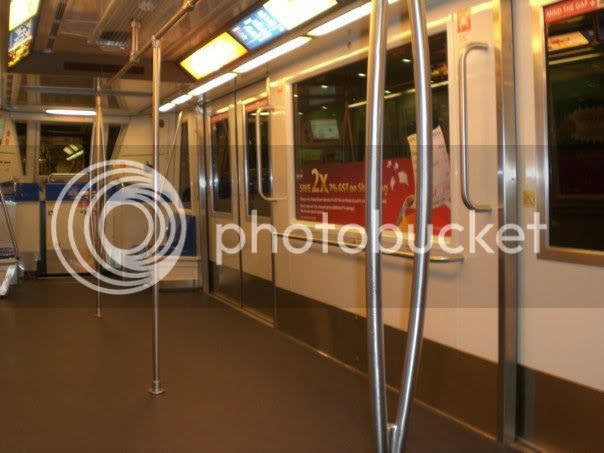 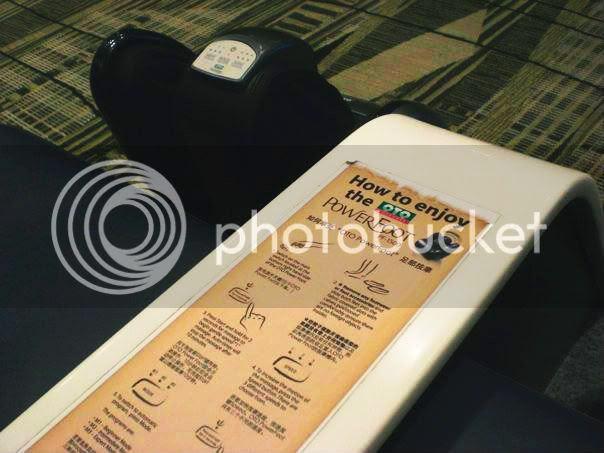 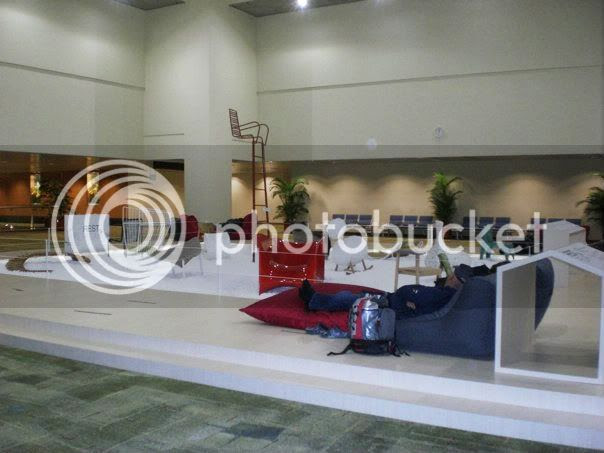 Gravitram - fun wall "game". The metal ball is dropped to go through several different passages. Once it hit the bottom, one of the "lifts" will take the ball and bring it back to the top again. 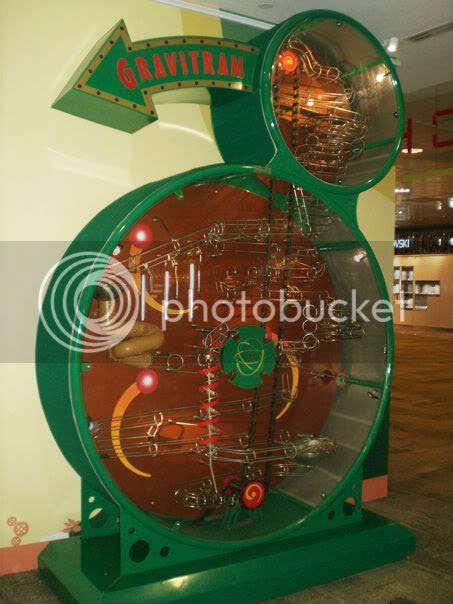 Narita airport was not impressive at all. I was expecting something better being in japan. But it had cute souvenir shops and sushi take out booth on the other side of the gates. I picked up some gifts for Steve’s sisters and mom. My only regret is that I didn’t eat sushi while in Japan. Not enough time to pick up any although they did have some kind of sushi take out in the airport next to the souvenir shops. My camera also acting out while in Japan so no photos. Two hours of transit has proven not long enough. haha.. But to Tokyo's defense, I didn't have time to be further out than the gates area. So maybe the other sides of Narita was better.

CHICAGO - O'Hare International Airport
Chicago O'Hare airport is big, long lines of people going through immigration. But it has this “cold” feeling. Unlike Singapore’s that’s so colorful, bright, warm, and welcoming, Chicago’s airport was almost scary. Nothing impressed me but the long lines of people at the immigration. Just a big architecture with blue and steel themed interiors and lines of seats. St. Louis airport was not any different. Just a smaller version of the O’Hare airport. I had to pick up my own suitcases in Chicago Airport to be transferred to St. Louis. Good thing they were already out of the moving wheels. But still, lifting them up to the trolley by myself was not a nice experience. 50+ pounds weight times 2! No one was moved to help this little girl. LOL. However, I found a nice airport worker in chicago who lent me his iPhone to call Steve since the frickin' pay phone ate up my quarters! Jerk! One suggestion for American airports. Give free calls within USA. Not everyone is ready with quarters. Especially for first timers like moi. 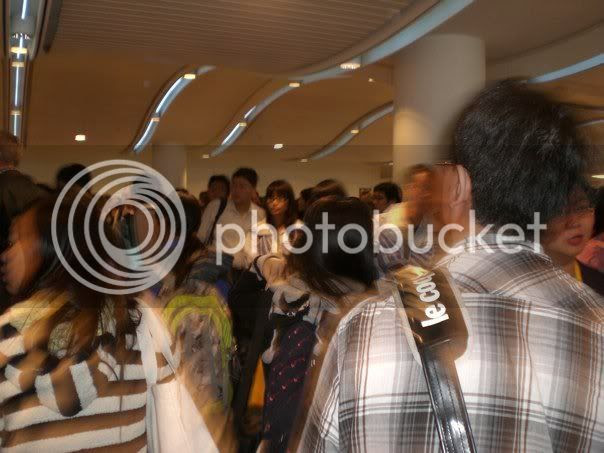 ST. LOUIS - Lambert International Airport
My last stop. This is where Steve and his mom and sister picked me up. They're nice people that made me feel welcomed and made me feel like home immediately. We all hugged and later stopped by Cracker Barrel to have some dinner. It's a pretty good place with good food. I had chicken grill with mashed potato and some biscuits. 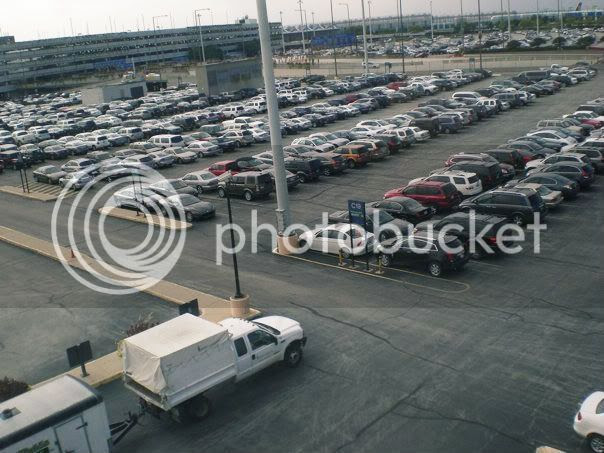 Posted by Kharisma Sommers at 1:55 AM 9 comments: 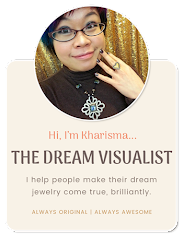 First of all, I want to thank Robin Ragsdale for the idea of using plastic garage shelves as jewelry display tables. We are all familiar wi... 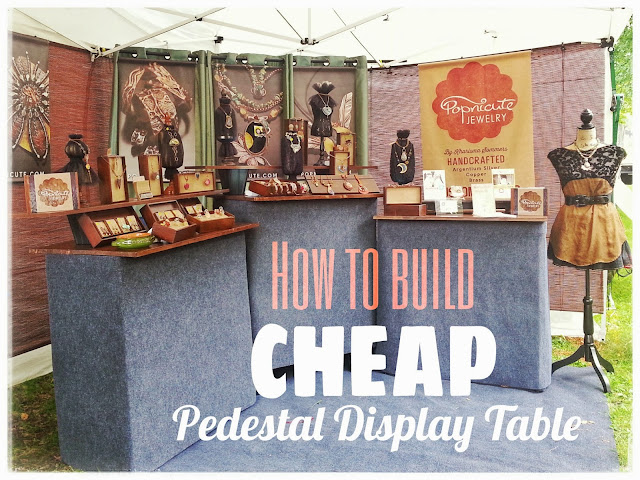 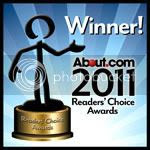